Alan Rocca is a third generation jeweler with roots in the Chicagoland area since 1920. Our history begins with Alan’s grandfather, Pietro Rocca, who opened Rocca Jewelry on State Street in downtown Chicago after immigrating to the United States from Italy.

After years of successfully selling jewelry, Pietro shifted his focus to selling and setting loose diamonds. In 1944, Pietro opened Chicago Diamond Setters and introduced his sons Ralph, John, and Peter to the jewelry industry and established a flourishing family run business. Chicago Diamond Setters expanded their trade to include making custom handcrafted jewelry by incorporating the expertise of the three master-jeweler brothers with flourishing success.

Subsequently, Ralph, John, and Peter separated to pursue their own establishments upon the passing of their father in 1953. Peter and Ralph continued to do business in Chicago, while Alan’s father, John Rocca, moved to the western suburbs. John opened Rocca Jewelers and Fine Gifts and sold watches and handmade jewelry while sharing his passion for the craft with Alan. As a result, Alan enrolled in classes at Gemological Institute of America and completed his coursework in 1974.

Alan trained as a master-jeweler by incorporating the guidance, expertise, and knowledge of his uncles and father into his personal technique. Alan Rocca Fine Jewelry opened in 1976; he has integrated three generations of artisan knowledge with today’s technology to perfect the art of handcrafted jewelry making. 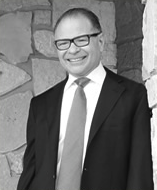 Serving families in Oak Brook for over 40 years.
Alan is a third generation Master Jeweler. He was formally trained by his uncle Peter Rocca and completed his coursework with the Gemological Institute of America in 1974. Fine handcrafted custom jewelry remains the key to his success. Alan has been creating and designing custom jewelry pieces for over 40 years. Alan Rocca Fine Jewelers has Diamond Wedding Rings, Diamond Engagement Rings, Men’s Wedding Rings along with Diamond Earrings, Necklaces, Bracelets and Custom Designed Jewelry.